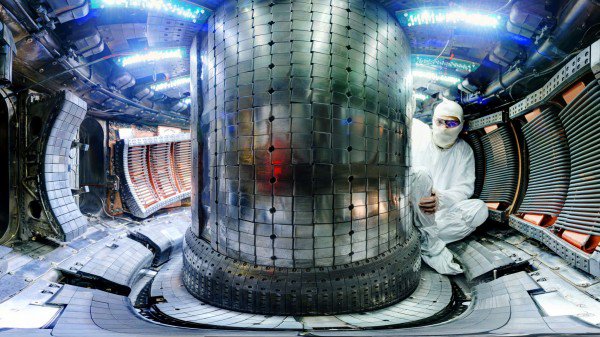 Advanced fusion and fission reactors are edging closer to reality.

New nuclear designs that have gained momentum in the past year are promising to make this power source safer and cheaper. Among them are generation IV fission reactors, an evolution of traditional designs; small modular reactors; and fusion reactors, a technology that has seemed eternally just out of reach. Developers of generation IV fission designs, such as Canada’s Terrestrial Energy and Washington-based TerraPower, have entered into R&D partnerships with utilities, aiming for grid supply (somewhat optimistically, maybe) by the 2020s.

Small modular reactors typically produce in the tens of megawatts of power (for comparison, a traditional nuclear reactor produces around 1,000 MW). Companies like Oregon’s NuScale say the miniaturized reactors can save money and reduce environmental and financial risks.

From sodium-cooled fission to advanced fusion, a fresh generation of projects hopes to rekindle trust in nuclear energy.

There has even been progress on fusion. Though no one expects delivery before 2030, companies like General Fusion and Commonwealth Fusion Systems, an MIT spinout, are making some headway. Many consider fusion a pipe dream, but because the reactors can’t melt down and don’t create long-lived, high-level waste, it should face much less public resistance than conventional nuclear. (Bill Gates is an investor in TerraPower and Commonwealth Fusion Systems.) —Leigh Phillips